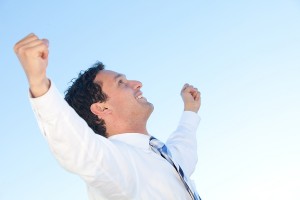 Now that election season is over, I hoped you fared well. If you won your political races, congratulations! If you lost, sorry to hear that. But hopefully you learned something that you can apply in the next campaign. Just know that all kinds of people will want to take credit for your victory whether they were involved directly or indirectly in your victory. Conversely, if you lost, you will hear several excuses as to why you should have won or could have won, if only, yada yada yada. Brush these statements off cause you know who helped you, who worked hard for you and who came thru on their promises.

After you win there are things that you have to do, such as get rid of all the funds in your campaign, close up the offices, pay all campaign debts, etc. After all the mandatory legal stuff is done to close out your campaign, you can look forward to the transition into your new position. It should start with a call from the staff or employees that you will be working with to set up a meeting where you can know more about the position you were just elected to. If it is an office such as state representative or senator, there may be an orientation class you can attend that will give you all the information you need. The outgoing incumbent might sit down with you and help the office transition into your hands smoothly, which would be ideal.

You may be able to keep the current staff or bring in your own people to work with you. My advice on whether or not you should keep the current staff or replace them is on a case by case basis. Some staff are non-partisan and are only working for the job and benefits and they do not get involved with the partisan politics. Other staff could have loyalties that lie elsewhere outside the office and will not view you as their authority. It is different having to bring on one new person instead of ten new people, which would make the transition harder. However, you should do what you feel is right to improve the office and serve your constituency.

After you lose a campaign, I know it is hard to take. Given all the time, money and personal sacrifice you made to the campaign only to come up short. You need to spend a few days going over what happened. Not in a “Monday morning quarterback” sense or try to lay blame on someone but to reflect on the experience so you can see it for what it really was. If you lost your race by a few hundred votes or by 1% – 5% margin, you can look at the campaign and think where you could have got the extra votes to win. I prefer to wait until I can see the data that shows precinct results on how people voted and I can get a look at what really happened and see how our efforts might have changed the numbers.

If you did your data research before the election, you should know which areas performed better, worse or the same compared to previous election cycles. Contrast that with your mailings, canvassing, phone banks and other activities you should be able to tell if you made a difference in a particular precinct or neighborhood. Of course, there are outside factors like, what happened at the top of the ticket to effect turnout or did the weather keep people home on election day.

All of this examination is to help you better prepare for the next campaign so you have a better understanding of cause and effect. When you look at the data you should ask yourself:

Once you understand the data and reconcile it with your activities, you can have a better strategy for the next campaign. If you lost, you can decide to run again and continue to build your name recognition for another time. Perhaps your goal was not to win but to change policy or promote a message. I hope you were effective in that regard then. You can regroup and continue the fight and hope more people see and hear your message.

Thanks for reading, and if you have a question or topic you would like me to talk about, let me know.